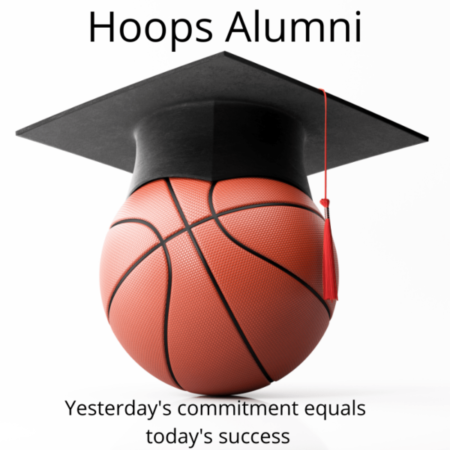 Our Hoops Alumni group shows the results from Hoops programs

Our exceptional training, plus their commitment, results in players who have not only succeeded in high school varsity basketball, but also college basketball. These players have worked diligently to be successful. We look forward to seeing what the future holds for each one of them. They make us proud each and every day. 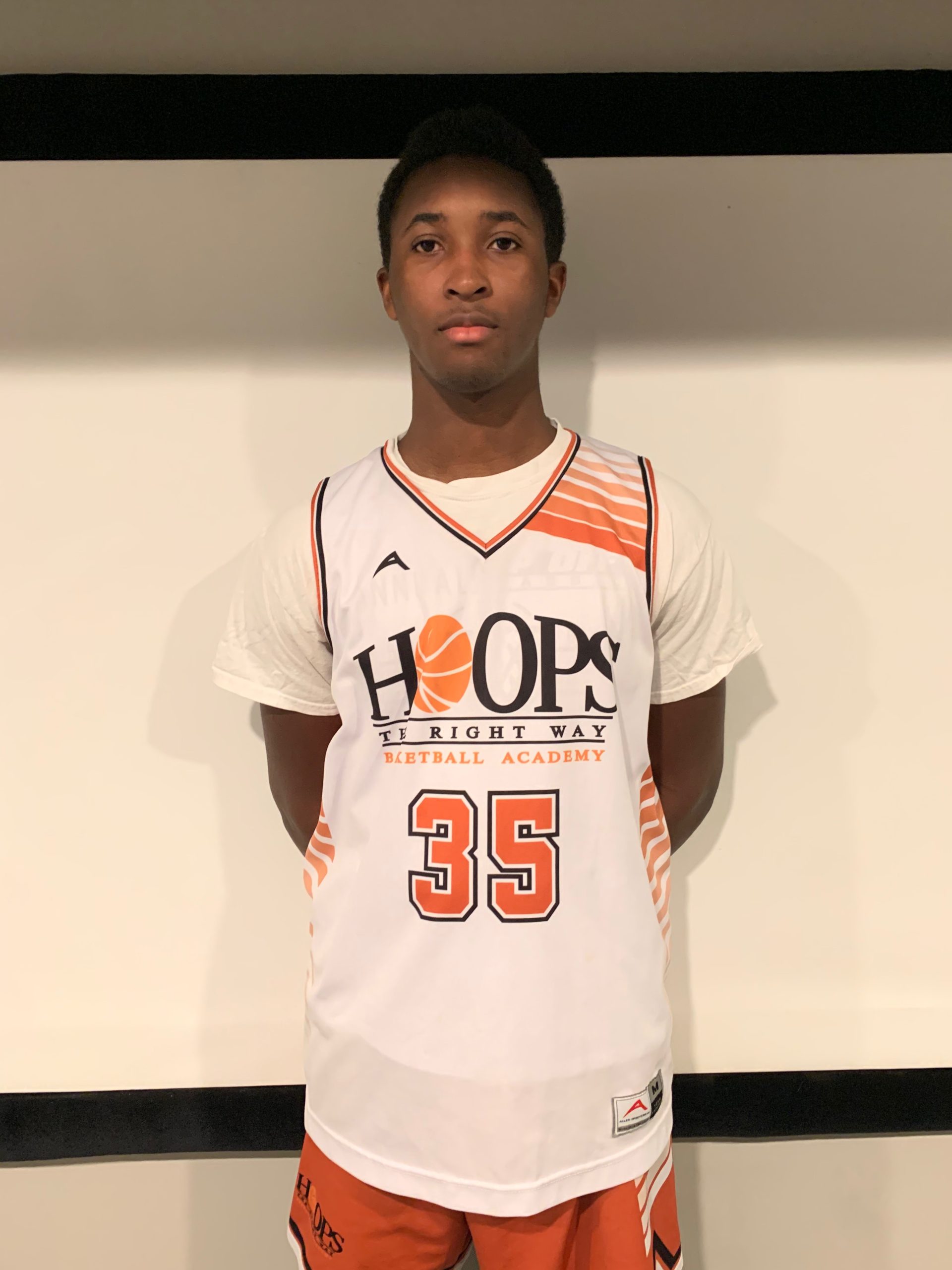 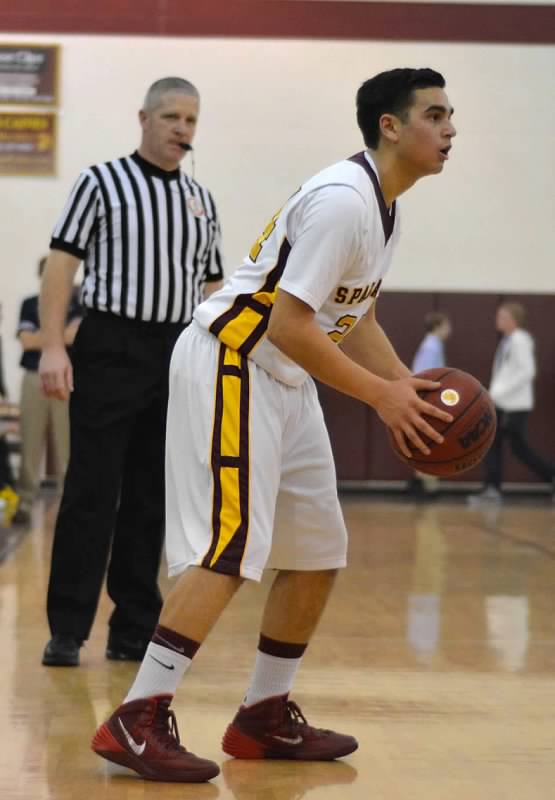 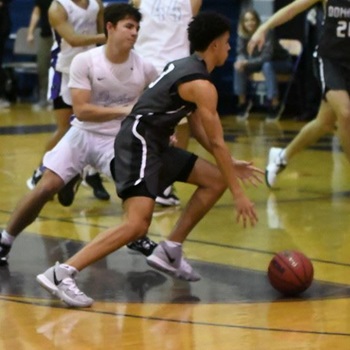 Due to a toe injury before the beginning of last season, he was unable to play up to his full potential until late in the season. Adam has been training with us since age 8. He also played our developmental teams and was always one of our leaders. He was known to knock down the game-winning shot in close games and even at the buzzer! Adam is a fundamentally sound player and a great shooter. He played for two seasons at Paul VI before transferring to Dominion High School. Adam is working diligently to continue playing basketball at college level for fall 2021.
Read more... 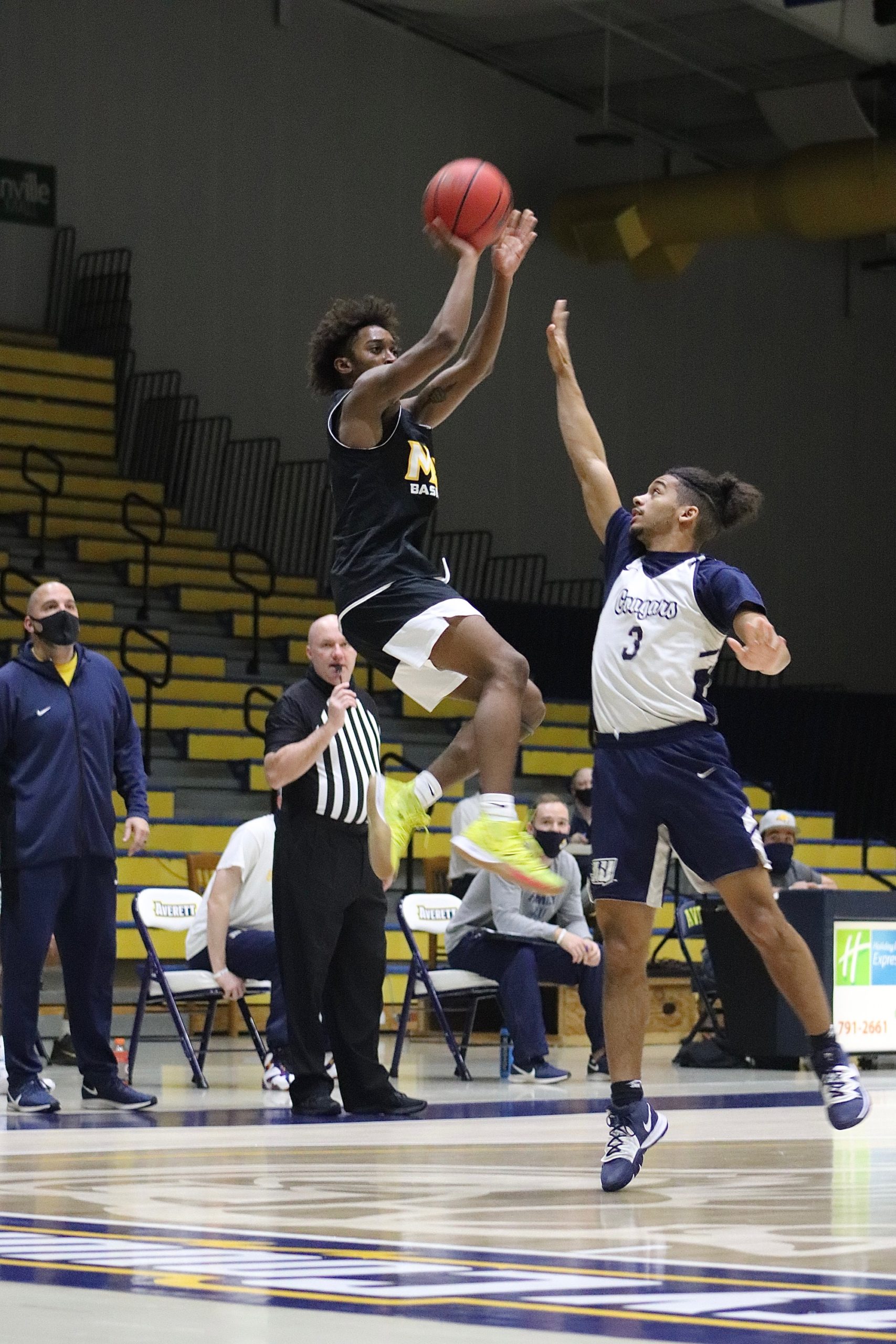 High school: 2020 graduate of Herndon High School and was one of the three team captains. He was a three-year letter winner as member of varsity squad, two-year starter, earned second-team all-district and first-team all-defensive both his junior and senior years. Also awarded team MVP as a junior and senior. Served as team captain as senior. Earned academic honor roll. He finished his senior year basketball season averaging 16 points per game. His last 7 playoff games averaged a whopping 22 points per game.
Read more... 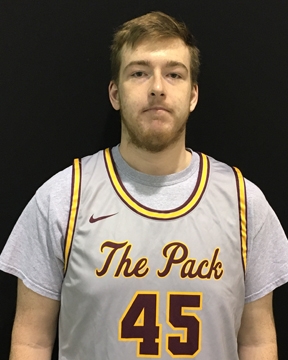 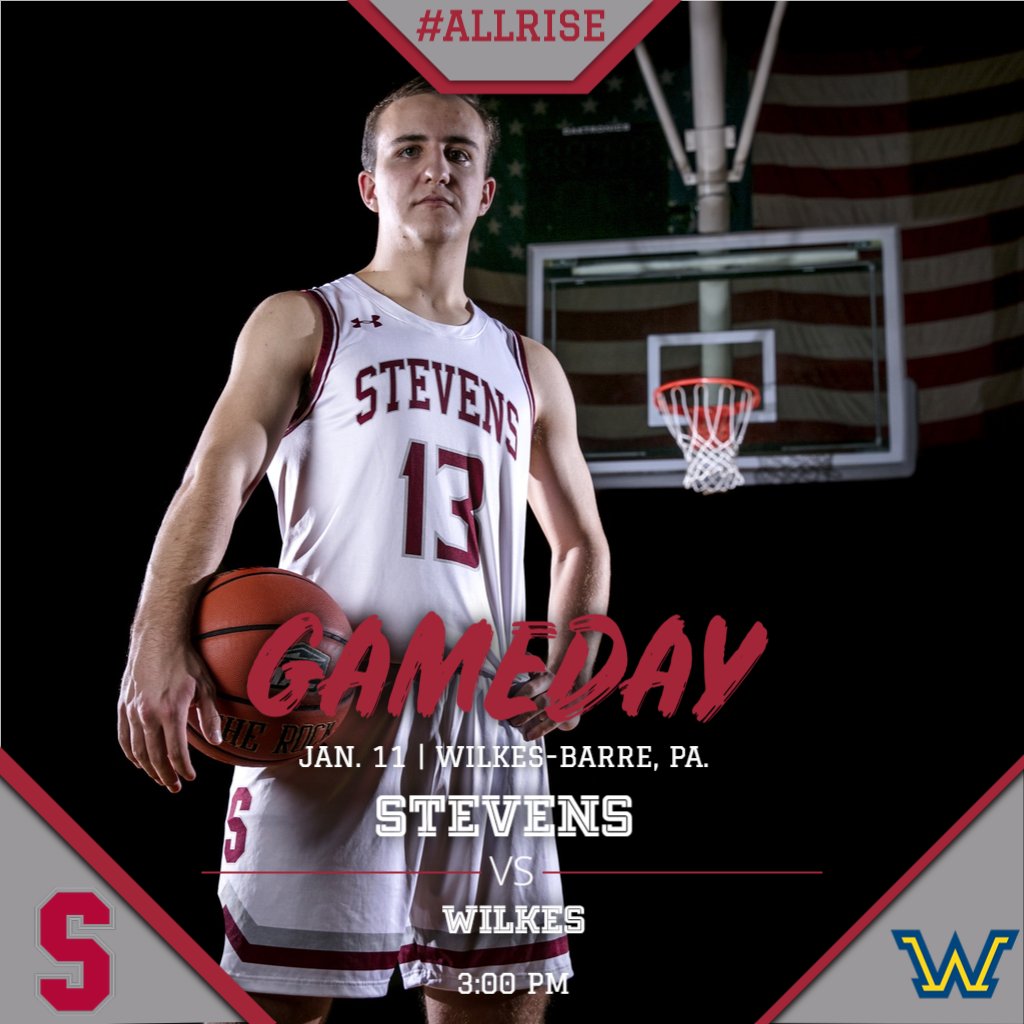 Totaled one point, three rebounds and one steal over 14 minutes. Played one minute in victory over Kean University for collegiate debut. Collected first collegiate stat with a rebound in victory over The College of New Jersey in the opening round of the inaugural Stevens Men's Basketball Holiday Tournament. Scored first career point with a free throw in MAC Freedom victory over Misericordia University. Named to Middle Atlantic Conference Winter/Spring Academic Honor Roll.
Read More 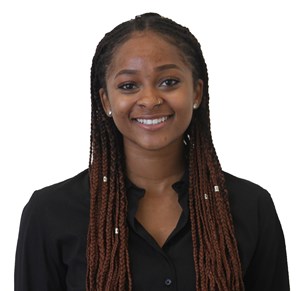 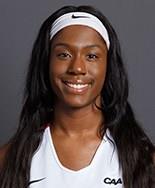 2017-18: Scored her first career field goal and logged 16 minutes of action during Northeastern's season opener against Boston University (Nov. 10). Appeared during the first half of the Huskies' 98-95, overtime loss against Providence (Nov. 14). Contributed to Northeastern's 16-8 lead at the end of the first quarter against Fairfield (Nov. 17). Played six minutes during the first half of the Huskies' 78-72 win against Marist (Nov. 19). Logged five minutes of action and grabbed a rebound against New Hampshire (Dec. 1). Made her first collegiate start in Matthews Arena - where her father, Roland, had played for Northeastern alongside Reggie Lewis - registering two points and a career high, six rebounds against Harvard (Dec. 6). Hit an elbow jumper during the second quarter of the Beach Classic championship game against Illinois State (Dec. 21). Set a season and career high in scoring (five points), tied her career-best rebounding mark (six), and played a career most, 19 minutes, during Northeastern's 70-61 win against Towson (Dec. 29). Brought down a rebound during seven minutes of action against James Madison (Dec. 31). Came away with a rebound during eight minutes of Northeastern's 54-47 win against UNCW (Jan. 5). Snagged a rebound during her fourth consecutive appearance, playing seven minutes against Elon (Jan. 7). Recorded a career-high nine points against Elon (Feb. 18). 2016-17: Made her collegiate debut during the fourth quarter of Northeastern's opening game at the 2016 Cancun Challenge against No. 11/11 Stanford in Puerto Aventuras, Mexico (Nov. 24). Before NU: Earned four varsity letters in high school: two from Bishop Denis J. O’Connell (2012-14) and two from Broad Run (2014-16). Averaged more than 10 points and six rebounds per game as a freshman at Bishop O’Connell. Bounced back from an injury as a sophomore to average 16 points and 10 rebounds during her junior campaign at Broad Run. Named to the 2014-15 All-Conference 14 First Team in Virginia’s Loudon County. Recruited by more than 30 women’s basketball programs.
Read more... 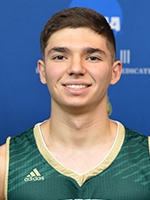 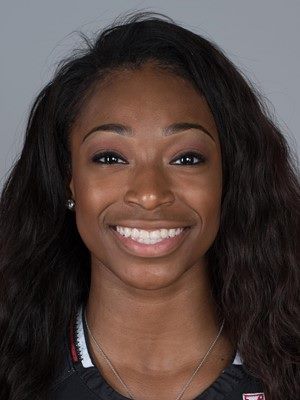 Genesis Parker is a graduate of Stonewall Jackson High School and has played with Virginia Tech from 2016-2017, University of Cincinnati, and now Butler.2019-20 Junior Season: Played in all 30 games, making 29 start. Averaged 30.1 minutes of playing time. Scored 271 points to average 9.0 per game. Shot 35.4 percent from the field, making 80 of her 226 attempts. Hit 33 3-pointers on the year, making 35.9 percent of her shots from behind the arc. Shot 65.5 percent from the free throw line (78-119). Averaged 2.8 rebounds per game. Pulled down 13 offensive boards and 71 defensive to reach 84 total. Dished out 57 assists, averaging 1.9 per game. Recorded 40 steals. Led Butler in scoring four times. Reached a double figure scoring total in 12 games. Scored a season-high 23 points vs. IUPUI (11/21). Went 6-for-7 from 3-point range vs. the Jags.  Followed that game with 22 points at Ball State (11/23). Scored 10+ points in each of the first five games of the season. Made nine free throws vs. Ohio to help net 17 points (11/30). Came off the bench vs. the Bobcats. Scored 14 points and collected a season-best eight rebounds vs. the nationally-ranked Indiana Hoosiers (12/11). Scored 19 points and pulled down seven rebounds in a home win over Creighton (2/21). Recorded a season-high five steals vs. Providence (2/23), Led Butler in assists nine times, Handed out a season-high five assists at Creighton (1/26). Prior to Butler: Played in each of Virginia Tech’s first five games of 2016-17, averaging 2.0 points per game and scoring a season-best seven points in the season opener against UNC Asheville. Transferred to Cincinnati. Played in 21 games for the Bearcats, averaging 3.8 points per game. Highlighted the year with a 30-point game in the 2018 WNIT vs. Michigan State. Hit 10-of-12 shots against the Spartans to net 30 points in just 23 minutes of playing time. Added seven boards and two steals in the contest. High School: A four-star recruit, ranked 62nd overall in the class of 2016 and 18th among guards by ESPN HoopGurlz. Named USA Today Second Team All-Virginia following her senior campaign as well as to the VHSL 1st-team 6A All-State team for the second consecutive season. Helped team to the North Virginia 6A title in 2014 and was named to the All-Tournament team. Team was the VHSL State 6A Runner-Up in 2014. Was the Region 6A Conference 8 Honorable Mention in 2014 and followed up with Most Valuable Player honors in 2015. Earned Washington Post Honorable Mention in 2014 and was an All-Metropolitan Player in 2015. Named the 2014 Tina Thomas She Got Game Most Valuable Player.  Was the Beast of the East Bracket Most Valuable Player and the Art Turner Memorial Tip Off Showcase Player of the Game.
Read more... 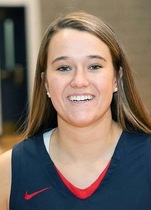 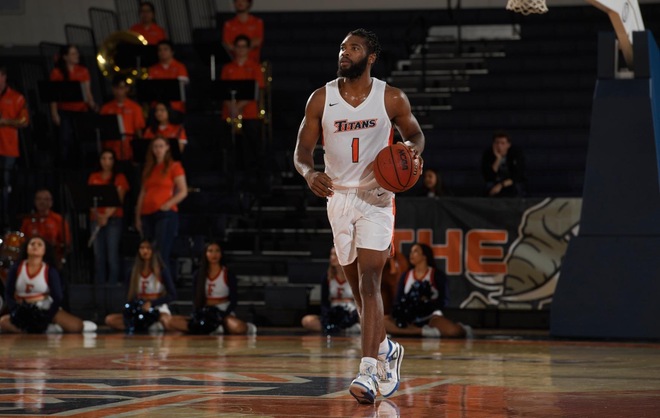 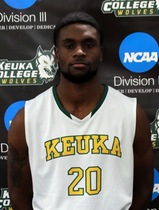 Ranked third in scoring with 178 points. Shot 75.2% from the free-throw line, averaging 3.2 free throws made per game. Became the ninth different play in program history to go perfect from the line in at least eight attempts on November 25 when he went 9-9 against Stockton. Made a career-best 11 free throws against Cazenovia (1/27/18), tied for sixth-best in Keuka College history. Grabbed a career-best 13 rebounds in an overtime victory over Morrisville State (1/10/18). Set a new career-high with six assists against Penn College (11/29/17). Posted four double-doubles on the season 2016-17: Started every game in his sophomore season for Keuka College. Honorable Mention on the 2016-17 USBWA Rochester Area NCAA Division II-III Teams by the Rochester Chapter of the U.S. Basketball Writers Association. Ranked second on team with 276 points, 12.0 per game. Led the Wolves with 164 rebounds, averaging 7.1 per game. Ranked eighth in the North Eastern Athletic Conference in blocks with 21 blocks. Career-high 21 points in a victory over Gallaudet (2/12/17). Grabbed a season-best 12 rebounds against Wilson College (2/11/17). Went 9-10 from the free throw line against SUNY Poly (1/14/17). Scored in double figures in 14 of 23 games. Recorded a pair of double-doubles on the season 2015-16: Appeared in all 23 games, making 12 starts as a freshman. Averaged 5.8 points and 3.1 rebounds per game. Scored a season-high 15 points in Keuka's victory over Alfred State (1/6/16). Also added a season-best eight rebounds against the Pioneers. Made 11 of his 12 starts within North Eastern Athletic Conference play. Recorded a career-best five steals against SUNY Poly (2/19/16).
Read more...